he world population of diabetes patients.

The world population is estimated to be around 7,500million.

And there are around 430million people getting diabetes that is 8.8% of the world adult population.

The diabetes ratio has been increasing faster than the growth of the population, and will achieve to 9.9% in 2045.

The world average of the diabetes ratio is 5.7%.

Mexico, America, Russia, Egypt and China have high numbers of the ratio. 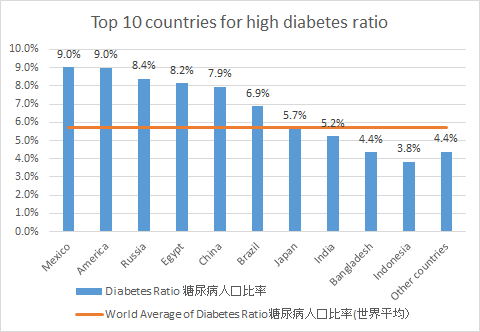 China has already had 109million diabetes patients and has been quickly increasing the patients. 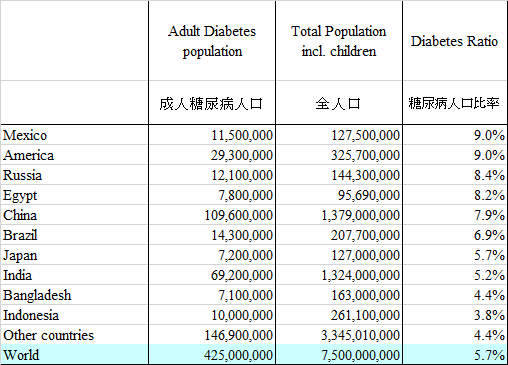